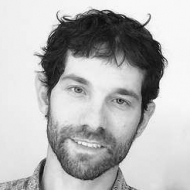 Wolfpack Ninjas Co-Founder & President Dr. Kaufman, the “Ninjadoc,” has dedicated his life to emergency medicine and helping people. He competed on American Ninja Warrior for 7 seasons between the regular ANW show and "Team Ninja Warrior". Dr. Kaufman is committed to the Wolfpack Ninja vision of making the world healthier one kid at a time.

Making the world healthier one kid at a time
[elfsight_instagram_feed id="3" source="https://www.instagram.com/noahkaufmanmd"]

Wolfpack Ninja Tour Co-Founder and President of Wolfpack, Dr. Kaufman, the “Ninjadoc,” has dedicated his life to emergency medicine and helping people. He is also an avid rock climber of over 25 years and holds a black belt in Shotokan Karate. Dr. Kaufman is the leader of the Wolfpack and the chief strategist. When he is not working a busy shift in the ER, Noah loves to play blues guitar and write music. He is a strong believer in hard work and has climbed all over the world in search of the perfect climb. Noah has lived in Japan and speaks fluent Japanese. He went to Tulane University School of Medicine on a scholarship and specialized in emergency medicine for the thrill of it. He has competed on American Ninja Warrior for many seasons as well as Team Ninja Warrior. He is well known for helping injured Ninjas and was seen reducing a dislocated shoulder of fellow competitor Alan Connealy in ANW5. He lives in Colorado with his wife Dr. Siemay Lee and their little Ninja Cub, Zun. He is the Co-Founder of the Wolfpack Ninjas brand, creator of the Wolfpack Ninja Podcast, the Wolfpack Ninjas website and several health and training eBooks. He also wrote the Wolfpack Ninja Training Manual and the Ninja Cub Training Manual which are eBooks that can be found on the iBooks Store or our Pro Shop! He is a philanthropist, social entrepreneur and wants to make the world healthier one kid at a time.

Ninjadoc has cleared stage 1 in Vegas 2 separate years and won a coveted "Finisher's Patch" by completing the full course in City Finals in ANW season 7. Ninjadoc was also the Team Captain of his Team Ninja Squad, "The Think Tank" together with Matt Wilder and Asya Gretchka. In Season 2 they won their episode. Ninjadoc is a friend to all Ninjas.

1:06
34
38
59
1
6:55
Dr. Kaufman is a medical expert on Channel 9 News on NBC in Denver, CO. Check him out on this Live segment
Dr. Kaufman has helped to pioneer the sport of "Slacklining"
More American Ninja Warrior action from his debut season
Rocklands South Africa AMAZING V11 dyno
Menu